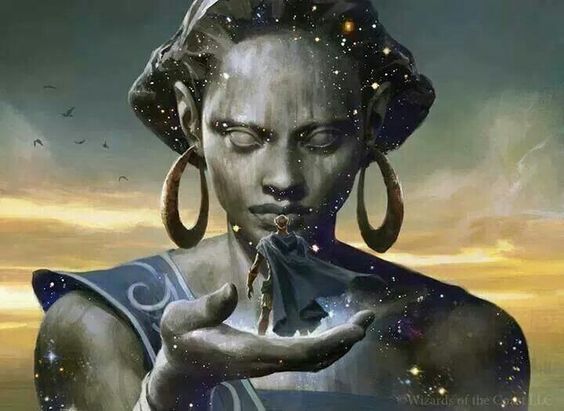 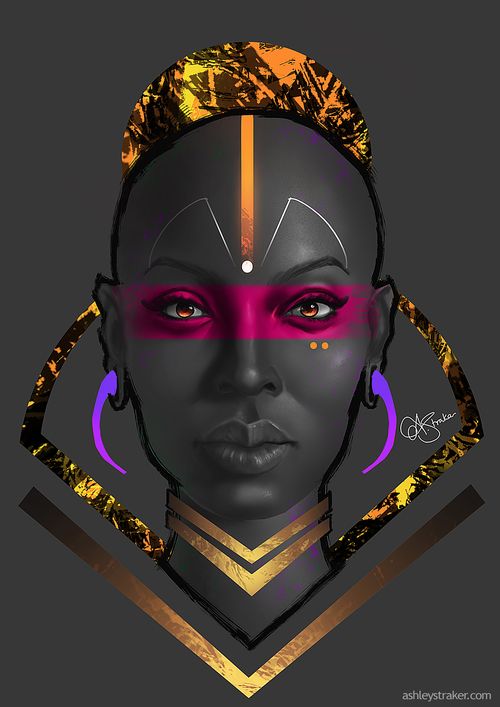 Afrofuturism has become a buzz word within the creative sector. Popular films such as Black Panther have brought the aspect of Afrofuturism to the forefront of the mainstream creative economy. Although there has yet to be one definition of Afrofuturism. The various explanations highlight a common thread within the art form that is said to embrace ‘blackness’ and ‘africaness’ in all creative platforms.

Afrofuturism is the African perspective of the past, present and future  social cultural, political, economic  stance of Africa and  its diaspora, with elements of science and technology embedded. This form of self-express has built on the layers of representation within the creative platforms of animation, film and sci-fi. Artists are not only using the aesthetic to endorse the layers of black culture, however it has further  gone to promote black woman. Through representation of strength, courage and intellect Afrofuturist artists are creating a dialogue on the role played and influence held by woman in the present day and future.

Artists are no longer looking for inclusion within sectors, instead they are creating their own platforms that present a wider scope of diversity. This is seen with organisations such as YouNeek studios, which specialises in creating black African heroes’. The universe of the strong, brave meta humans is one of the leading sectors within Afrofuturism. With the growth of the animation industry in Africa, studios are taking note of the need for an array of diverse super heroes.

Animation lovers have been introduced to African female characters such as Ireti Bidemi. Created by Comic Republic, the story begins 200 years after the fall of the great mighty warrior Ireti Moremi of the kingdom of Lfe. A young girl named Bidemi has appeared and surprisingly possess similar powers to the former warrior. Bidemi takes on the name Ireti and uses her powers and abilities for the greater good. Some Afrofuturist comics have added an educational element to the magical narratives. Through interesting historical story telling we see the creation of Malika- the warrior Queen. Set in the fifteenth century of West Africa, the comic follows the deeds of the queen and military commander Malika. Who is challenged with the task of keeping peace within her expanding empire. Marvel comics have taken the path of expanding their pool of heroes. Their comic Blessing in disguise, written by Nigerian sci-fi author Nnedi Okarafor is a story inspired by the over 200 Chibok girls abducted by Boko Haram in 2014. This is the first Marvel comic to be set in a real African city. 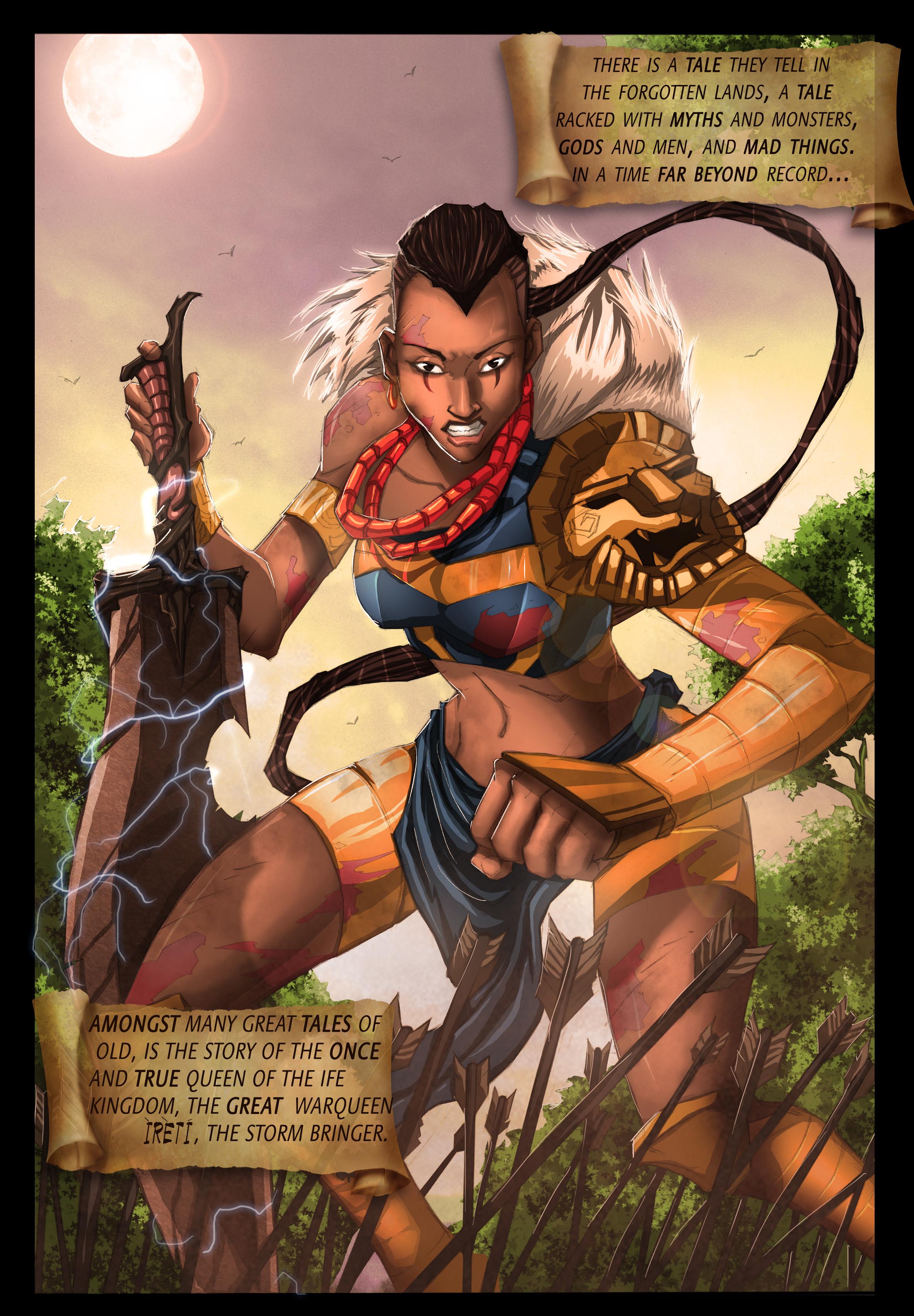 The short film to Catch a Dream follows a grieving widow Ajuma’s story to solving the recurring nightmares of her deceased husband. Based in Kenya, the film opens Ajuma to a world of curious strangers, magic and self-discovery.  The fashion film by Daniel Obasi, An Alien in Town follows two humans with bold fashion statements. These humans have taken on the role of teaching their alien friends how to adopt to the Lagos Metropolis.

Pumzi a short film directed by Wanuri Kahiu, is set in East Africa 35 years after the ‘War on Water’ also known as World War 3. The war caused a grand scale ecological devastation which made it impossible for human life to live freely on earth. Here we are introduced to Asha, a curator at a virtual natural history museum in the Maitu community. The film walks us through her exploration of life on earth as she comes into possession of soil from earth outside the sealed compounds that is not toxic.

Books such as the Encyclopaedia of black comics has created a layered  landscape of representation that beams further than just animation. Artists are taking various approaches to embrace the magical, heroic capabilities and features of black woman. Illustrator Markus Prime’s book Black Renditions reimagines universal childhood heroes. The book is a collection of illustrated images of well-known superheroes recreated as black woman. The Zimbabwean digital painter Dananayi Muwanigwa creates bold illustrations of fictional characters as well as famous faces such as Lupita Nyongo. The artists states that his figurative and imaginative artworks comprise transcendental African beings from the future or the past. He describes his aesthetic as semi- realistic with an Afrofuturistic slant. His recent work ‘Rimi’ celebrates the female form.

Neuro Speculative Afrofuturism is an art installation experience through virtual reality which was first explored at the Sundance New Frontier exhibition. The project is an Afrofuturist world in which woman of colour are leading in advances in science, technology, finance and art. The installation resembles a futuristic beauty salon. Products displayed feature an array of items designed for woman of colour. The project highlights the importance of representation within the science, technology and video gaming space.

‘In Neuro Speculative Afrofuturism viewers are of all backgrounds are transported to a space where black bodies and black culture- past, present and future are the default’ 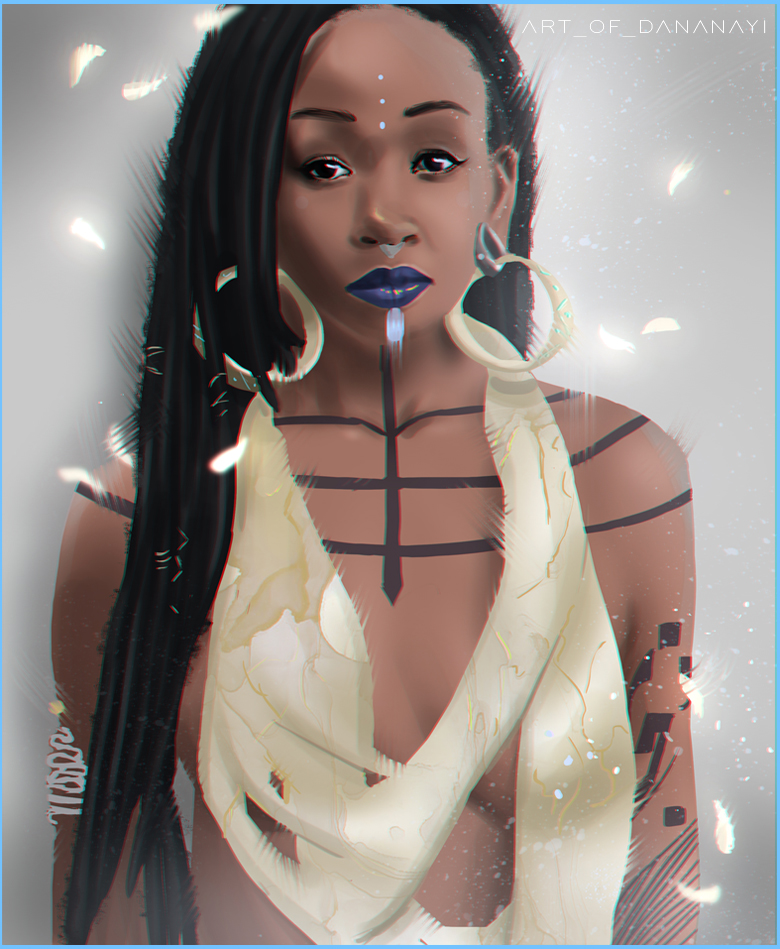